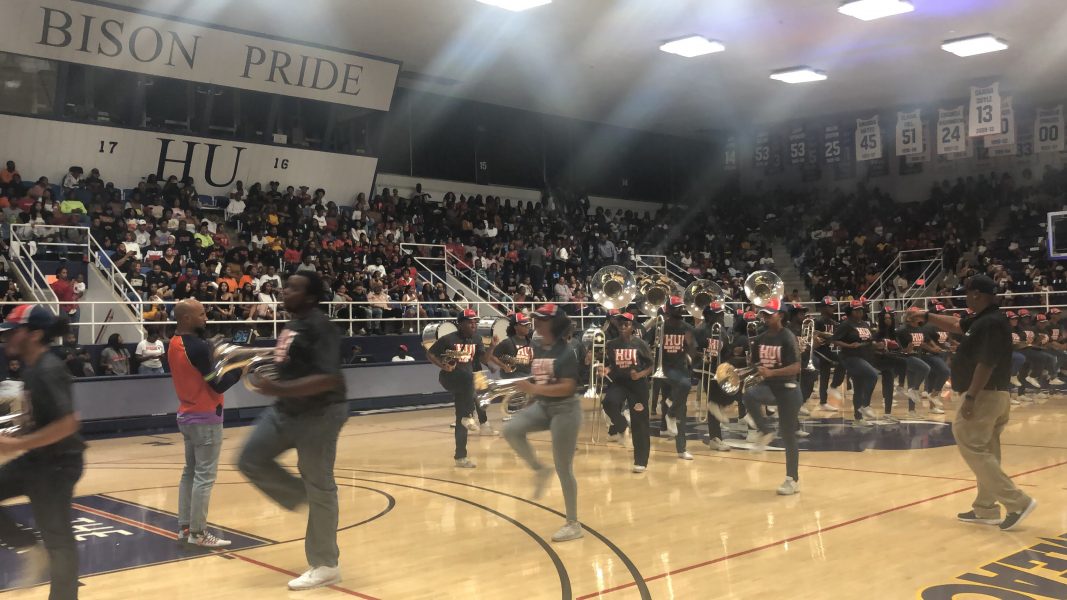 Howard University Homecoming 2019 is in full affect and we started off the week, Monday Oct 7, with the Bison Madness Pep Rally.

As students waited in excitement to enter the gymnasium, the line was wrapped down and around the block. Small performances, giveaways, and conversations were taking place before the event got started. You could see everyone popped out in their best fits and Howard gear, the Bison pride was real!

The pep rally was hosted by R&B artist and cast member of MTV’s “Ex On The Beach”, “Mechie so crazy”. Mechie kept the crowd entertained with his humor and got them to sing along to some old school r&b songs.

The event featured performances from the Howard University band, HU Bisonettes and Howard Cheer, who all had the crowd hype with their routines and dance moves.

Throughout the rally, “Bison-madness” t-shirts were thrown into the crowd, Greeks orgs were strolling on the sidelines, and of course, at some point, everyone was swag surfin’– it wouldn’t be a Howard event if they weren’t swag surfin’.

Danae Bryer, a Junior at Howard, said “The pep-rally was very exciting, there was a huge crowd and it was more organized than previous years. It was a little longer than expected but it was filled with great energy to start off the week.”

Homecoming week continues, but the pep rally set the tone. If you weren’t there you definitely missed out on the madness.