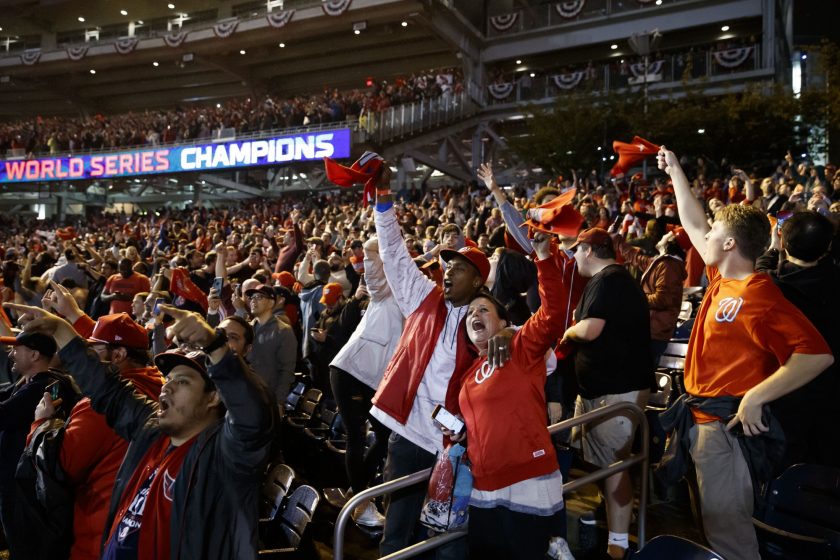 Baseball fans everywhere have been glued to their TVs watching the Washington Nationals and the Houston Astros compete in the World Series. However, no one expected to see two women raising their shirts during a live broadcast of game 5 on October 27. The incident happened at Nationals Park during the seventh inning as Astros pitcher Gerrit Cole was preparing to pitch. A Fox camera filming from center field captured two women standing on the second row slightly near first base flashing their breasts on camera. The women were removed from the park.

The two women, Instagram models Julia Rose and Lauren Summer, identified themselves as the flashers on social media. On October 27, Julia Rose posted a picture of what appears to an official letter from Major League Baseball banning the two women from every MLB event, stadium, and facility, indefinitely. The letter was hand-delivered at the stadium and signed by David Thomas, MLB vice president of security and ballpark operations.

Despite being banned from the stadium, Julia Rose and Lauren Summer returned to Nationals Park in Washington, DC. On Monday, one day after the incident, the women returned to take pictures with fans. Summer can also be seen on video pulling at the stadium gates laughing and yelling “Let me in!”

Julia Rose founded Shagmag, an X-rated digital magazine, and frequently participates in flashing in public spaces to promote the magazine. Lauren Summer is a brand executive for the same magazine. In an interview with Complex Sports, Julia Rose revealed that her and her friends planned the World Series flashing a year ago since baseball is one of the most viewed sports with the highest chance of actually being seen on camera. On Twitter, Summer claims the stunt was to raise subscriptions to the site. The money generated from the subscriptions would go toward paying off women’s medical bills for breast cancer treatment, seeing that October is Breast Cancer Awareness Month. Rose reported that Shagmag is at a little over 500 subscribers since the MLB flashing.