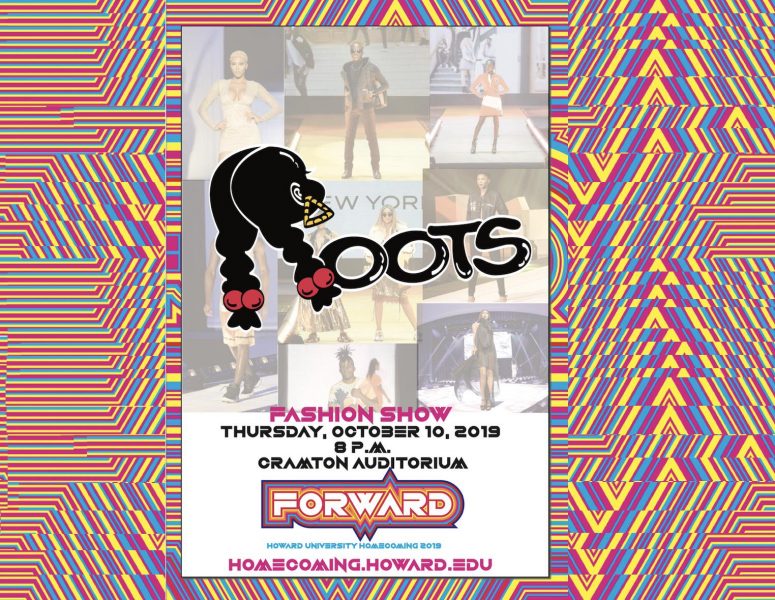 Anyone who knows about HBCUs knows that Howard University is one of the most well known universities in the nation for fashion and its ‘Pop Out’ culture. On any given day, you have a strong possibility of seeing someone who looks like they belong on the runway.

This Homecoming was no different. Howard University hosted its 2019 Homecoming Fashion Show on Thursday, Oct. 10 . This year’s theme, coming from the creator of the show, Madison Star Brim, was ‘Roots’, which came from her experiences as a Howard Student.

The event was held in Cramton Auditorium, which quickly came filled with students, faculty, family members, and alumni as music filled the air. Everyone was dressed in their Howard best, and showed what the Howard ‘Pop Out’ is all about.

The show’s order indicated that it would start off with designs from a special guest who turned out to be Dapper Dan and Gucci. Dapper Dan is a fashion designer from Harlem, N.Y. He is widely known for giving Hip Hop and Rap its fashion during the 80s and 90s by producing custom looks from designer furs and fabrics. He recently signed a deal with Gucci in 2018. This was definitely a great way to start off the show.

The rest of the designers consisted of several Howard alumni and student designers including: Ron David, Camille Wommack, Jarrin Sample, Javari Miller, and Kaitlyn Gilliam. Other designers who had models grace the stage were Macy’s, Adidas, and Champion.

During a brief intermission, other special guests graced the stage. The guests turned out to be Justin Combs and Niko Brim, who are the brothers of Madison Brim. Niko Brim then performed some of his songs for the crowd before the intermission was over.

The crowd seemed to be very pleased with all of the designs featured in the show, but also with the models who walked the runway. They served us face, grace, and body as they graced the stage to model the designs.The models not only showed off their abilities on the runway, but they also highlighted what Howard fashion is all about.

After the show ended, all of the models did one final walk on the runway together. Brim then came on the stage.

“No matter where we are from black people, we are excellent. What we exemplify not only here at Howard, but throughout the world is the divine creativity passed down through generations that has ultimately shifted and transformed the culture. We are our ancestors wildest dreams,” said Brim.

She then goes on to talk about the talent featured in the show indicates that possibilities are endless. She also talks about how through diversity brings strength and that it is indicative of the endless possibilities within our culture.

“I hear all this talk about old and new Howard. Let us be reminded tonight that there is only one Howard, and our main focus should be to do the work and to reach back and bring others forward into a victory with us,” said Brim.

This statement embodies not only the theme of ‘Roots’ for the show, but it also embodies the theme for all of Homecoming,‘Forward’, which was the concept of always leading in the front; always moving onward to make progress; always redefining the future.