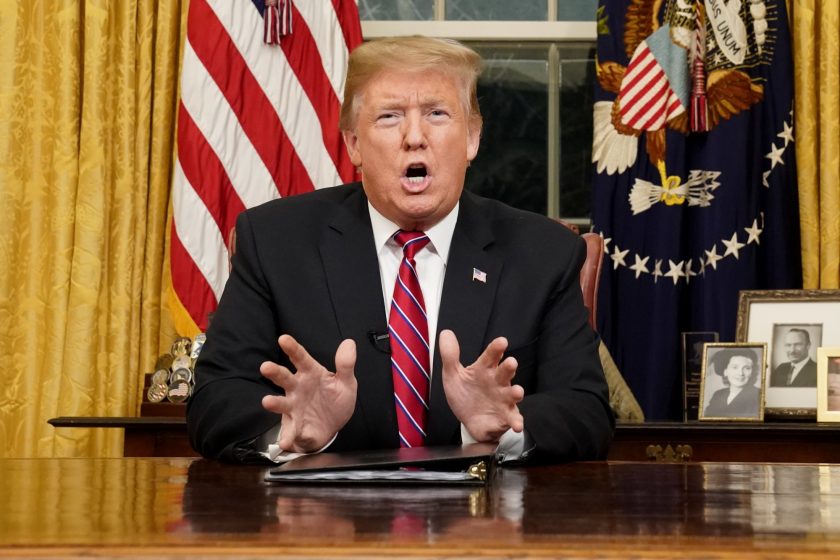 It was at this HBCU that he would give a speech and receive the “Bipartisan Justice Award.” This award is given annually to a public servant who works with members of the other political party to achieve criminal justice reform. In Trump’s case, he received this award for working with Democrats to pass and sign the First Step Act last year, which provided opportunities for certain federal prisoners to reduce their sentences.

Upon receiving this distinction, Trump delivered a speech about criminal justice reform at the historically black college. However, students were reportedly asked to stay in their dorms during the President’s speech. According to Time, Benedict College Spokeswoman, Kymm Hunter, reportedly told the White House press that only seven students attended the speech, and reports from CNN contend that the White House chose who else could be at this event.

Hunter also gave a statement in which she said Benedict asked students to remain in their dorms as part of a safety plan the school made in conjunction with the Secret Service. The campus and surrounding streets were reportedly shut down from 1:30pm-3:30pm.

“Faculty, staff, and students who were on campus were asked to stay inside, but if anyone needed to go to work or to another building, it was no problem,” Hunter reportedly said.

Despite efforts from the college to keep the streets clear, students still protested outside of the area Trump was giving his speech at. Student protestors expressed their concerns for Trump making an appearance at a historically black institution with his history of hateful rhetoric, and whether or not he deserved to be honored with the Bipartisan Justice Award.

Reporters in the area posted on social media, highlighting some of the students protesting.