State of the University Address Talks Plans for Howard’s Future 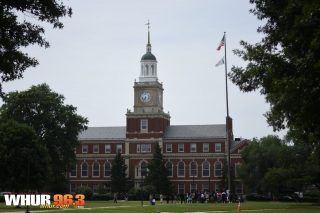 The State of the University Address took place on Wednesday (1/15) featuring speakers from HUSA Executive, HUSA Senate and the Board of Trustees.

President Taylor Ellison informed those in attendance that the Student Advocacy Department of HUSA has solved 30 cases involving student problems with financial aid, residence life, fine arts council, LGBTQ, and academic affairs. She also spoke about the work HUSA is doing to ensure the success of the newly founded Fine Arts Council.

HUSA Senate Chair, Alexis Grady, stated that the 8th Senate is the most diverse in its history. However they encourages more diversity in the future with election season forthcoming. HUSA Executive echoed the same sentiments as they are encouraging anyone interested in bettering Howard to apply, even if they don’t meet the traditional “Howard model.”

Senate is currently planning programs to help organizations on campus apply for financial funding from Senate. Organizations can apply for funding as long as their event or initiative is conducive toward the entire student body According to them many students do not understand the process of submitting a proposal and addressing the committee.

Questions were raised from the audience about the construction status Douglass Hall and the Nursing School.

The Graduate Trustee, Travis Randle, was able to address these concerns. He stated that the Board of Trustees had taken an all encompassing tour of Howard in the last few months to get a sense of what the campus needed. He also stated hat the board has an upcoming retreat where they will plan the overarching needs of the campus for the next 10 years. This will include plans to at least temporarily relocate the Nursing School to a central location so they can have a sense of community.

Randle informed that Douglass Hall is the next project to be worked on by Howard University. The date of completion is unknown.

Upcoming dates for students to note are as follows: