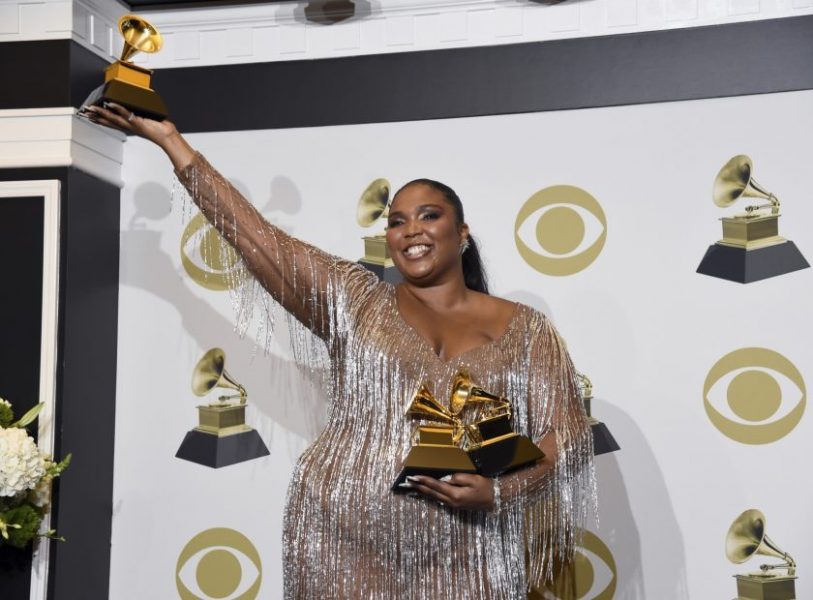 This years show opened with first time nominee Lizzo performing a medley of her two hits “Cuz I Love You” and “Truth Hurts”. Following Lizzo, host Alicia Keys paid tribute to Kobe Bryant with Boyz II Men by singing “It’s So Hard to Say Goodbye To Yesterday” and stated, “hold them inside you.” The performances continue with Gwen Stefani and Blake Shelton followed by the Jonas Brothers both performing new songs.

The first televised award of the night went to Lizzo’s song Truth Hurts for Best Pop Solo Performance. Following her speech, Tyler the Creator had a rememberable performance of his hit “Earfquake”. The second televised award went to Dan + Shay for Best County Duo/Group for their hit Speechless. More performances followed with Usher’s tribute to Prince, Camilla Cabello’s song dedicated to her father, and Ariana Grande’s medley of hits off her album Thank U Next. Billie Eilish continued the performances with a hit from her Grammy award-winning album and Aerosmith and Run DMC performed their classic collaboration.

Tyler the Creator took home his first Grammy, for his album Igor, and first-time Grammy winner Lil Naz X brought out all the stops when he performed a medley of ALL of his Old Town Road remixes. Demi Lovato then made her triumphant return to the Grammy stage premiering her new song “Anyone”. Following Lovato, a group of artists paid tribute to the late Nipsy Hustle.

The 2020 Grammys was definitely one that would be remembered. From the many performances and tributes to many late celebrities to the numerous first time winners, the 2020 Grammys brought people together to celebrate the hits of the past year.