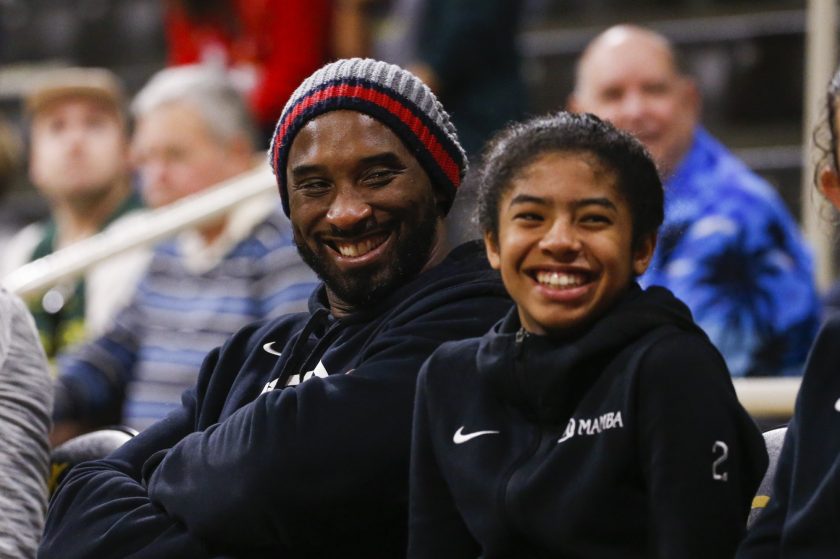 NBA legend Kobe Bryant and his daughter Gianna were among the nine lives lost in a helicopter crash outside Los Angeles Sunday morning. The world is still trying to figure out how to cope with this unexpected passing and remember the NBA star’s legacy.

The tributes and memorials that have been occurring since the accident, it’s unquestionable that the world will remember Kobe as a legendary athlete, philanthropist and #girldad. The world will remember Gigi as his beautiful daughter who was an aspiring professional basketball player, destined for the WNBA.

The night after accident was the night of the 62nd Grammy’s; celebrities would make sure the award show didn’t overshadow the tragedy.

The show was kicked off with Lizzo saying “Tonight is for Kobe,” before her opening performance. Also, host, Alicia Keys, made sure to speak about the tragedy when she took the stage to introduce the show.

“We’re all feeling crazy sadness right now because earlier today Los Angeles, America and the whole wide world lost a hero,” says Keys. “And we’re literally standing here, heartbroken, in the house that Kobe Bryant built. Right now Kobe and his daughter Gigi and all those who have been tragically lost today are in our spirits our hearts, our prayers. They’re in this building …”

The night continued with more subtle tributes to Kobe and Gigi.  A Bryant Lakers No. 24 jersey was included as part of Lil Was X’s  Grammy set during his performance; at the end of Nipsey Hussle’s tribute, both Kobe and Nipsey appeared on the screen; and Tyler the Creator reflected on the loss in the speech he gave after winning best rap album.

To make sure his legacy would be remembered in the NBA, a petition was started on Change.org to make Kobe Bryant’s image as the new logo for the NBA. Already, the petition has gained more than 2 million signatures and has been supported by many celebrities like Justin Bieber, Snoop Dogg and Usher. Change.org also reported that the petition is the fastest growing on its website and the first of 2020 to attain 1 million signatures.

To continue, dad’s around the nation are celebrating their love for their daughters by showing what it means to be a ‘girl dad,’ as Kobe Bryant called himself. The trend was started by ESPN’s Elle Duncan.

While anchoring “SportsCenter” the Monday after the tragedy,  she shared a moving interaction she had with Kobe. Kobe expressed to her how proud he was of being a father to his daughters.

“I would have five more girls if I could,” Duncan recalled Bryant saying. “I’m a girl dad.”

Duncan’s memory of Kobe inspired other fathers, including famous ones like Bow Wow and Timbaland to show the love they have for their daughter(s), the same love Kobe and Gigi had for each other.

Gigi always wanted to be a University of Connecticut Husky, the most decorated team in women’s college basketball. Gigi and Kobe would attend their games as fans, so the team, who were deeply affected by the tragedy chose to honor her by showing that she’ll always be a UConn Husky. Before the team’s Monday game against the US Women’s National Team, the Huskies draped a No. 2 jersey — the digit Gigi wore — over one of their bench seats with a bouquet in front of it.

The team also tweeted a photo of the memorialization with the caption, “Mambacita is forever a Husky” — Gigi’s nickname which was derived from her father’s name, Black Mamba.

On Sunday night, in Los Angeles, the City Hall lit in purple and gold, the color of his Lakers jersey, in remembrance of Kobe and Gigi. The city’s airpot was also adorned in the same colors, along with the Madison Square Garden and others joining in on the trend.

Murals honoring Kobe and Gigi are the latest  of many tributes popping up around Los Angeles. One particular mural that’s been trending and drawing attention is one painted in a Los Angeles neighborhood, by Artist Jules Muck. The mural is a recreation of a photo of Gigi and Kobe, completed with a banner that reads “Kobe and Gigi Forever Daddy’s Girl.”

Even on Howard’s campus there have been efforts to make sure Kobe and his daughter Gigi are remembered. The Howard University California Club and Philadelphia Club joined together to organize a Prayer Vigil in honor of the Kobe, who was a Philadelphia native and LA Lakers player.

From these tributes and memorials, it’s evident how Kobe Bryant’s life affected so many people. He showed what it meant to be an amazing father, he’s idolized by children and athletes everywhere, and of course, this name alone has left a lasting legacy in the NBA.