ICYMI: 2020 State of the Union Address 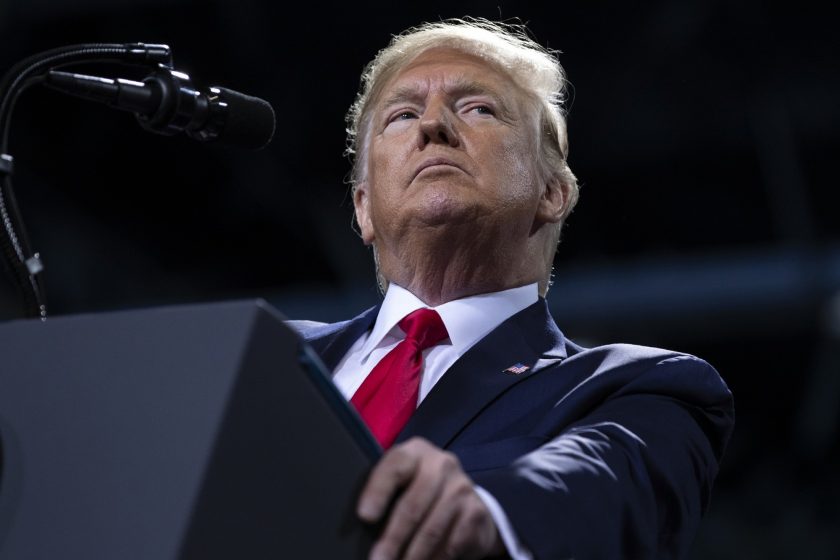 President Donald Trump entered the House chambers and was immediately greeted by various republican officials who gave him a standing ovation as well as handshakes as he approached the podium. Once at the podium, Speaker Nancy Pelosi introduced Trump which was followed by attendees chanting “4 More Years” thus marking the beginning of the speech.

Trump opened the State of the Union saying, “My fellow citizens, three years ago, we launched the great American comeback. Tonight I stand before you to share the incredible results.” From there, the president went on to discuss various things that he has accomplished since taking office in 2016, “I am thrilled to report to you tonight that our economy is the best it has ever been. Our military is completely rebuilt, with its power unmatched anywhere in the world, and it is not even close. Our borders are secure, our families are flourishing, our values are renewed, our pride is restored.” Continuing on, he stated that America is pro-worker, pro-family, pro-growth, and pro-American.

For his first major point, President Trump decided to discuss the unemployment ratings throughout the United States. He began by stating that unemployment is at the lowest it has been in over half a century. Some additional statistics include African American, military, and veteran unemployment all being at an all-time low and that women filled 72% of all new jobs since 2016. The president added, “After decades of flat and falling incomes, wages are rising fast, and wonderfully. They are rising fastest for low-income workers, who have seen a 16% pay increase since my election.” Ultimately he  referred to this time as the “blue-collar boom.” Trump continued by addressing the factories throughout the country saying the USA has become the #1 in oil and natural gasses and we are energy independent.

With this Trump transitioned to his second point of trade between other countries. “Days ago, we signed a groundbreaking new agreement with China that will defend our workers, protect our intellectual property, bring billions of dollars into our treasury.” Next, the president addressed the military stating, “we have invested a record-breaking $2.2 trillion in the United States military.” Additionally, Trump discussed a new initiative called Be Best which will be lead by the First Lady. While announcing, he awarded a scholarship to a student from Philadelphia, Janiyah Davis on behalf of the initiative.

Donald Trump’s next point centered around the decrease in the cost of prescription drugs. To this many democrats in the crowd began to chant “HR3” which refers to their bill to lower drug cost and them laughing at him for claiming to take on the whole drug industry. The president also discussed possibly eradicating AIDS epidemic by the end of the decade as well as finding new cures for childhood cancer.

One of his final points discussed ICE and taking on threats from Iran. Trump claimed, “Last year, our brave ICE officers arrested more than 120,000 criminal aliens charged with nearly 10,000 burglaries, 5,000 sexual assaults, 45,000 violent assaults, and 2,000 murders.” He also recognized a military family who lost someone to a bomb in Iran. He added, “our message is you will never escape American justice. If you attack our citizens, you forfeit your life.” President Trump concluded his speech by saying, “The American age, the American epic, the American adventure has only just begun. Our spirit is still young. The sun is still rising. God’s grace is still shining. My fellow Americans, the best is yet to come.”

This year’s State of the Union address had many interesting elements. From the different meme moments from Speaker Pelosi or the numerous surprises, the president had for his guest including awarding radio host Rush Limbaugh with a Medal of Freedom, the speech was often described as a reality tv show. Sophomore political science major, Adrianna stated, “It felt like I was watching a Talk Show host give things away. 45 spent most of the time showcasing individuals to make it seem as though he was really out here doing all these amazing things when that’s not the case. I didn’t appreciate him using these people, their children, and their families to make himself look better, it’s wrong.” Following the address, the democratic party also made a rebuttal by Michigan Governor Gretchen Whitmer as well as Veronica Escobar who delivered a Spanish version.