Album Review: K. Michelle Continues To Sing From Her Heart ‘On All Monsters are Human’ 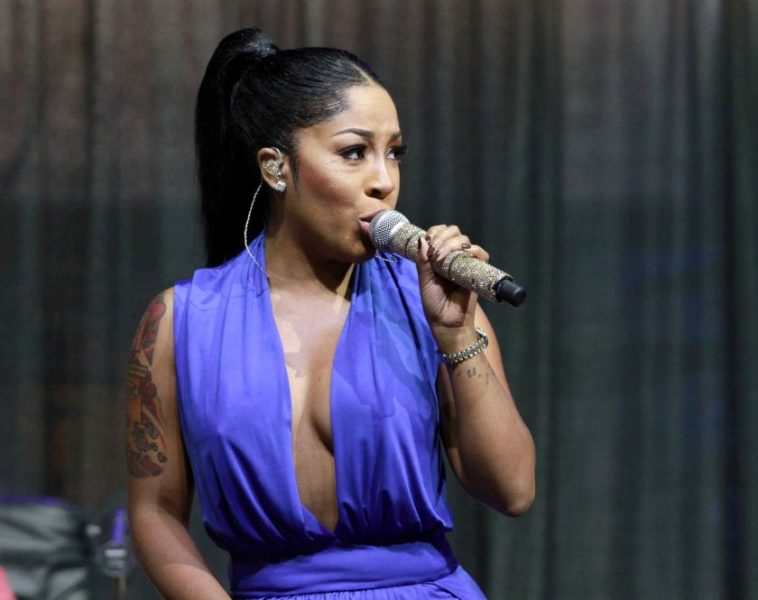 The songstress, hailing from Memphis, Tennessee is known for her dynamic personality, soulful runs, and honesty in her music. Michelle received her real musical break in the early 2010s following a failed stint with Jive Records, with her appearance as a reality television star and singer on Mona Scott’s VH1 show Love & Hip Hop: Atlanta. Labeled as the show’s breakout star, the talented R&B singer signed a multi-album recording contract with Atlantic Records.

With the release of All Monsters Are Human, Michelle displays emotional vulnerability throughout the project detailing her relationship rollercoasters, internal battles, and betrayals—remaining honest and reassuring her rebels she sings for their “hearts and not the charts”.

On All Monsters are Human, the musician delivers one of her most honest and experimental albums to date—incorporating soulful tempos, rap, pop, and of course her country roots. The FAMU alumna keeps the record fun, despite all the hardships she recounts.

Last month, the songstress discussed her disapproval of today’s new R&B tunes in a tweet, calling some newer music “boring”—but it’s safe to say with songs like “Supahood” and “Ciara’s Prayer” this project is far from dull.

On the opening track “Just Like Jay”, the soulful singer-songwriter reveals her struggles with depression, suicidal thoughts, Atlantic Records’ attempts to make her sound like Mary J. Blige, and the politics of the music industry. Michelle sings, “Maybe you’ll realize when I’m gone, that this was about more than some songs”.

K. Michelle’s second single “The Rain”, an alluring rendition of the New Edition 1988 classic “Can You Stand The Rain”, picked up steam following her powerful performance at the 2019 Bet Awards. This sultry record takes the crown as the project’s standout record-setting the sensual tone for the rest of the album.

Other records like “Ciara’s Prayer”, “All The Lovers”, and “Love On Me” may break your replay button. These songs are entertaining and emotional lovesick records that carry the album.

On “Ciara’s Prayer” a fun, slow-tempo song similar to Anybody Wanna Buy A Heart’s “Drake Would Love Me”, she questions how her ex-lover couldn’t love her properly despite her maximum efforts. The singer quickly realizes by the chorus that there’s no chance that her ex-lover will ever change. “Ain’t no future anyway, pray the prayer Ciara prayed (I gotta pray)”, she sings.

On “All The Lovers” she questions where couples go when relationship turmoil reaches its peak, a classic R&B tale. With “Love On Me”, an upbeat pop song Kimberly sings about a potential love affair with a new beau. The R&B crooner sings, “If you keep on, we gon’ fall in love, fall in love”.

All Monsters are Human, does not take the crown as K. Michelle’s most cohesive album to date, nor does it perfectly display her greatest songwriting abilities but it’s an honest, well-produced, and unapologetic album with solid tracks that any R&B purist would enjoy. K. Michelle’s vocal strength and delivery on this album are undeniable—solidifying the R&B veteran’s spot as one of the music industry’s premier talents. This project is definitely not the one to skip.