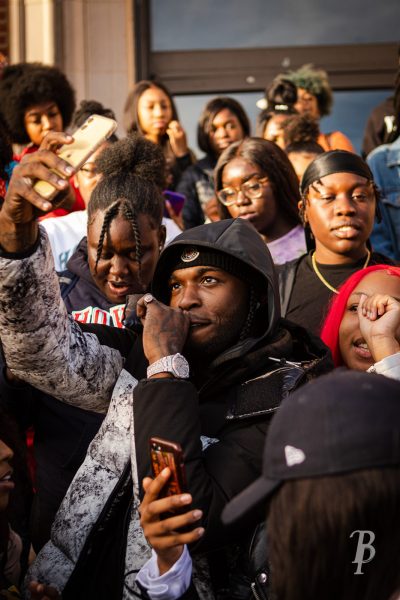 Brooklyn’s latest star, PopSmoke, was unfortunately killed this morning at the age of 20 during a home invasion to his Hollywood home.

“We are devastated by the unexpected and tragic loss of Pop Smoke. Our prayers and thoughts go out to his family, friends and fans, as we mourn this loss together,” said Republic Records.

No suspects have been identified in the shooting. People who were present in the home were temporarily detained and then released according to L.A. Police.

The rapper known for the summer hit “Welcome to the Party” and “Dior” recently released his mixtape “Meet The Woo 2” and earned his first top 10 song on Billboard.

WHBC had the opportunity to sit down with PopSmoke and experience his presence in late 2019 and hear about his dreams for the future. Howard students showed up to meet the rapper and even got to L Bop with him.

Fans and others in music took to social media to mourn ‘The Big Woo.’

PopSmoke had the opportunity to work with artists such as Travis Scott, H.E.R, Nicki Minaj, Dave East, A Boogie wit da Hoodie and more.