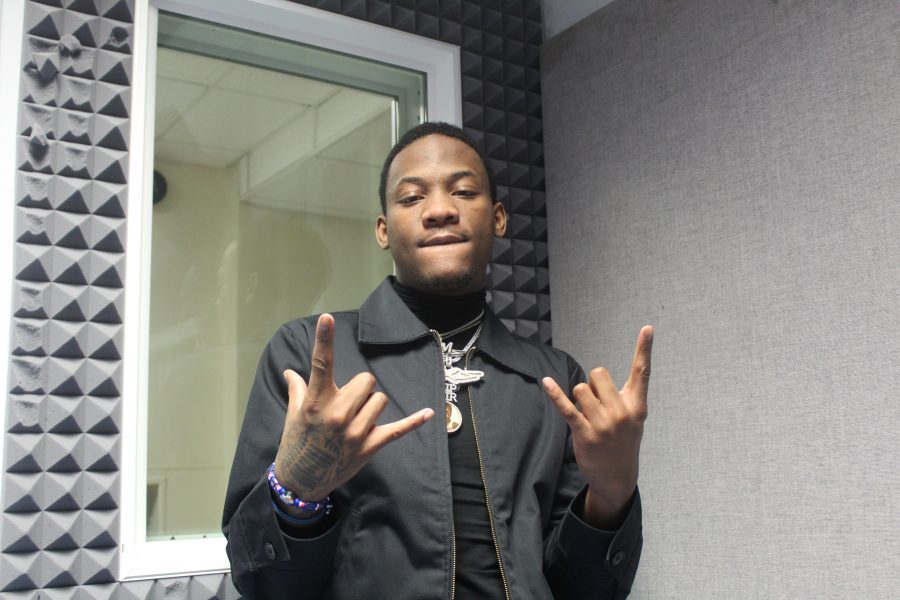 Rapper Sim Santana stopped by for an interview with WHBC to discuss his music, career, upbringing and future goals.

During the interview, the Philly rapper told us how wanting to tell his story, as well as the death of a close friend, inspired him to become a rapper. “I had a voice and needed everybody to hear”, he said.  Santana spoke about the process of writing his hit song “Flexin N’ Flashin”, which he says was done in 15 minutes, during a boring day of playing 2k. He also shared how “crazy” it was when the video of his “Flexin N’ Flashin” dance went viral.

Santana says the music he likes to make is street music, but it’s intended to be fun and for everyone to listen to. In the future, he hopes to collab with Tory Lanez,  who he thinks is a dope artist and would push him out of his comfort zone

When asked if he had a message for the youth, Santana said, “Even if nobody is on your side or has faith in you, you gotta have faith in yourself. Keep going, keep grinding.”

The rapper confirmed that a mixtape is coming out by late March, so fans should be on the look for that!