Salt-N-Pepa Pushed Sex and Female Empowerment Into The Spotlight 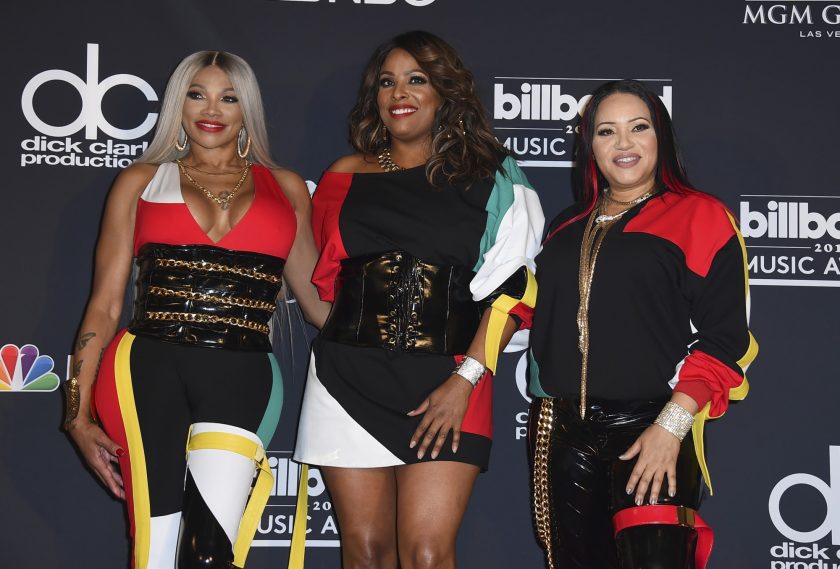 Hip hop is, without a doubt, a male-dominated industry, but women continue to emerge on the scene and break down barriers for other women to follow.

Over the past several decades, music lovers have experienced a variety of female hip hop artists that leave their marks on the scene. Each woman is different, bringing new flows and subject matters to the forefront of the genre, but the theme of sexual liberation has stood the test of time.

Salt-N-Pepa (are getting a biopic!) entered the hip hop scene in 1985 and dominated the industry with their high tempo tunes. Sporting funky fresh hairstyles, tight spandex, and shiny gold; they became the first female rap group to go gold or platinum. Salt-N-Pepa brought a new and refreshing sound to the charts. The New York duo rapped sex-positive anthems whether it was the uber-confident “I’ll Take Your Man” or the PSA driven “Let’s Talk About Sex.”

Salt-N-Pepa were never shy when it came to the topic of sex and female empowerment through sex and it’s evident in their discography.

The dynamic duo released “Shoop” in 1993. In an interview with Rolling Stone, the women recalled creating the word, stating “Shoop is whatever you want to do.” The song is all about meeting a man that makes the duo weak in the knees.

The first verse from Pepa is all about going after what she wants. Pepa states that when she sees what she wants, she “slip [slides] to it swiftly.” Society stigmatizes women who make the first move toward men, labeling them as pushy or aggressive. Pepa wants society to know that its standards don’t apply to her.

The braggadocious “I’ll Take Your Man” from their debut Hot, Cool and Vicious album gives the women an arena to boast a bit. Salt-N-Pepa are fiercely confident that their looks, bodies, or raps alone can make any man leave their woman and flock to them. The song is an anthem for women, encouraging bold speech, bravado, and of course body confidence. In the last verse of the song from Salt, she says, “no man can resist Salt and Pepa because we’re perfect from head to toe.” That is the exact goal of the song: helping women realize that they’re perfect from head to toe.

In their Top 40 single, “Ain’t Nuthin’ But a She Thing,” Salt-N-Pepa deliver another hard hitting female empowerment anthem, putting a spin on Dr. Dre’s “Nuthin But a G Thing.” The song begins with “It ain’t a man’s world. No more sugar and spice” taking on gender inequality and gender roles created to stifle women. Fans praised Salt-N-Pepa for their candid lyrics about sex and attraction, but in “Ain’t Nuthin But a She Thing,” the artists spit “Treat me like a sex object? That ain’t smooth. Underestimate the mind, oh yeah, you’re a fool.” Salt-N-Pepa want men to know that while they encourage sex positivity, they do not encourage objecting women for the pleasure of men.

Overall, Salt-N-Pepa’s cool beats, fresh sound, and bold lyrics work as essential ingredients for perfect female anthems. The group defies society’s standards for women and encourages other women to do the same. The pair of women aimed to make sex less of a taboo topic in general, but especially amongst women, and they definitely succeeded. In the words of the dynamic duo, “let’s tell it how it is, and how it could be, how it was and how it should be.”