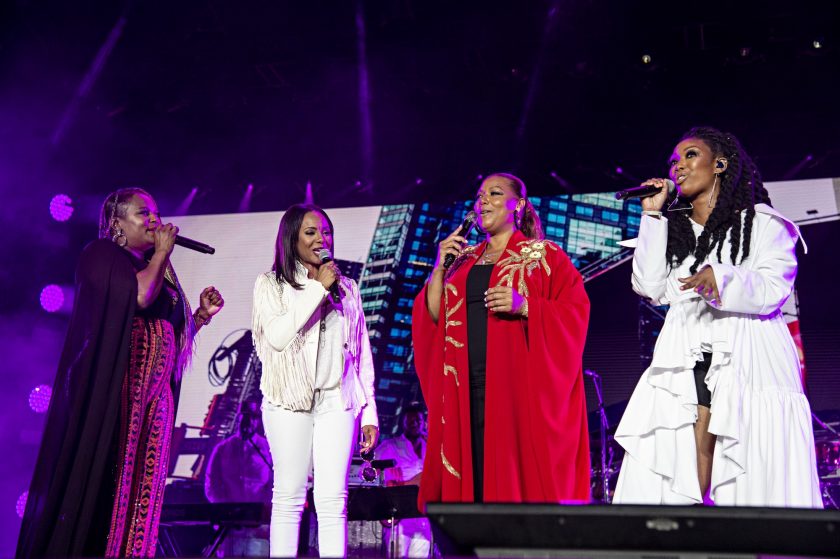 Rap beef between male artists always seems to be resolved over a few diss-tracks, but competition between female artists turns into a long-standing feud.

Take Drake and Meek Mill for example; after Meek Mill went on twitter and claimed that Drake didn’t write his own raps, the issue was disputed over music, as seen in Drake’s “Back to Back.”

But after three years of an epic rap battle over social media, and a fan-fueled “Meek vs Drake” debate, they were able to squash their beef through music and even collaborate on “Going Bad” afterwards. Drake even brought out Meek Mill during his Aubrey and the Three Migos Tour stop in Boston, which further showcased that the conflict was peacefully resolved.

On the other hand, without the unnecessary competition, it’s difficult enough for female artists to try to move through these musical spaces that weren’t created for them; and this has been long expressed by some of hip-hop’s female moguls.

Icons Yo-Yo and Da Brat reflected on the challenges faced by female hip-hop artists in an interview with True Hollywood Story.

This can be seen through the Grammys history of recognizing female hip-hip artists, or the lack thereof. Being one of the most prestigious awards you can receive in the music industry, you would think that the Grammy’s would have a reputation for being inclusive to all types of artists. This seems to not be the case considering that since the Grammys first introduced an award for Best Rap Performance in 1989, none of its recipients have been women. One woman has won the award for a separate category, Best Rap Solo Performance, and that was Queen Latifah in 1995 for her powerful, pro-women album, “U.N.I.T.Y.” And when they finally introduced a category for Best Female Rap Solo Performance in 2003, they did away with it after two years due to “lack of releases” by qualifying artists. The accuracy of this statement continues to be disputed. Yo-Yo, who sat on the board for the Grammys at the time offers her perspective on this situation. She believes that they just didn’t value women hip-hop artists that much and states, “You know, no disrespect to them at the time, but they knew little about women in hip hop.”

It is evident from this track record that institutions like the Grammys are contributing to the many hardships female artists face in hip-hop and its continually being aided by the narrative that female hip-hop artists don’t like each other and are always in competition. Probably the most infamous example of this in our generation is the Cardi B and Nicki Minaj feud. Nicki’s level of success in the industry is aspirational and commendable, so it’s no surprise that the media would pit her against another successful artist like Cardi B. This narrative that “there’s only room for one,” was fueled by the 2018 Billboard Music Award nominations, after they were both nominated for the Top Female Rap Artist Award. Theres a lot of side-picking when it comes to supporting female artists, unlike the way we accept the different male artists in hip-hop.

In her 2017 interview with Salon, Grammy nominated emcee, Rapsody, speaks on the double standard between women and men in hip-hop. She states, “guys can compete and all be considered greats,” but when it comes to women, artists are constantly compared and forced to compete against each other.” She goes on to say, “It’s important for people to see that, especially black women, that we get along.”

And its true, female hip-hop artists do”get along,” and there have been plenty of instances of this throughout the music industry. With the iconic release of Lil Kim’s “Not Tonight (Ladies Night Remix 1997),” which featured Missy Elliott, Da Brat, Lisa “Left Eye” Lopes, and Hot 97’s Angie Martinez, she proved that successful female artists can dominate the industry together.

Another iconic case of unity and sisterhood in hip-hop was in 1994, when R&B singer Brandy released the remix to her hit single “I Wanna Be Down (Remix)” with Queen Latifah, MC Lyte, and Yo-Yo. The song is heavily recognized as one of the greatest songs in the history of women’s rap and serves as a positive representation of how female R&B artists and rap artists can come together to produce something great.

In our generation, this negative stigma about female hip-hop artists seems to be reinforced by social media, however, recently there seems to be hope that this negative attitude can be extinguished. With the rise and success of rapper Meg Thee Stallion, the perceived catty nature of female artists’ relationships is being debunked. Meg Thee Stallion was able to do what other young female artists are rarely able to do, collaborate with Nicki Minaj on a song. Her song “Hot Girl Summer” which features Ty Dolla $ign and Nicki Minaj and samples City Girls’ hit song “Act Up” is yet another example of her being inclusive to female hip-hop artists. Meg continues to debunk the myth that successful female artists don’t like each other, by showcasing on social media the friendships she has with her industry peers like Lizzo, Kehlani, and SZA, just to name a few.

Meg’s relationship with other female artists, including Nicki Minaj, proves that there is room for multiple successful women in hip-hop. Once our society eliminates this double standard and stops pitting female artists against each other, the lack of inclusion that Yo-Yo and Da Brat pointed out in their interview can be resolved.