WHBC Turns Up with Pop Smoke 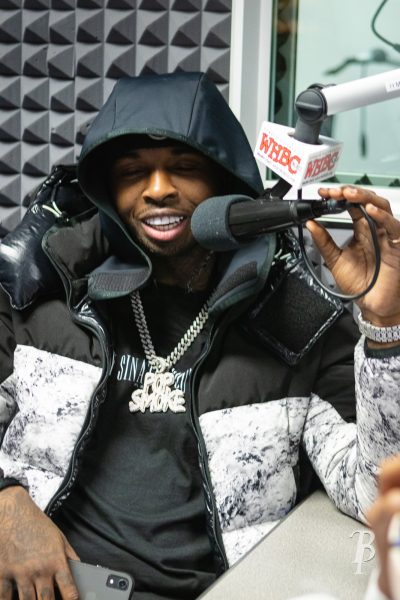 Brooklyn’s very own Pop Smoke brought the party to WHBC this week for an interview with Battle of the Sexes host, T’Keyah.

Howard student showed up and showed out for the rapper. Student, Cayla, the chance to meet Popsmoke after winning the contest through WHBC’s social media

In his interview, Pop Smoke let everyone know that he represents all of Brooklyn and is ready to make New York proud. He also stated that he has new music in the works with fellow artist, Travis Scott.

Pop Smoke also revealed how developed his stage name. “I’m Panamanian, so my grandmother used to call me papa, that was my nickname,” he said. “It just grew, it just went to different things like papa stunning and Popsmoke.”

“This is just a stopping point,” the rapper said. “Who’s telling what’s next after this.”

Check out the entire interview and photos from Pop Smoke visit to Howard.